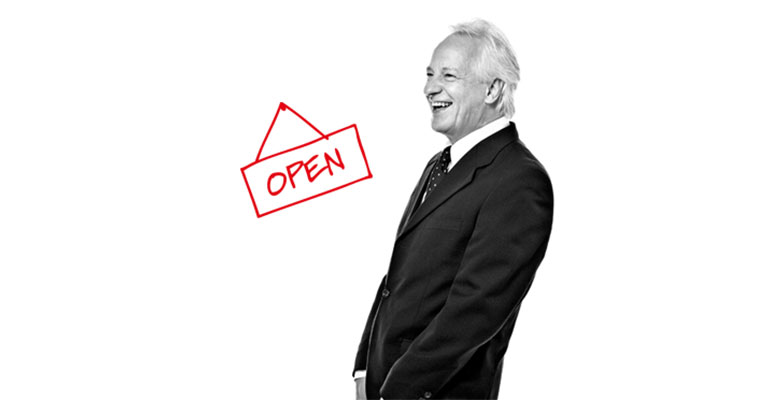 Next stop, CEO: why CIOs should aim for the top job

Not too long ago, the transition from CIO to CEO would have seemed an unlikely one, since being a leader of a technical service function rarely prepares you to run an entire company. But as we move into a digital world, it’s becoming increasingly difficult to separate business strategy from technology, and CIOs are developing skills that are typically part of the CEO’s repertoire. It’s generally agreed now that CIOs should have a seat at the boardroom table, but what if they were to take someone else’s seat?

How times have changed

Traditionally, the CIO was a technical specialist in charge of running the IT organisation, with little involvement with the rest of the business. But with digital disruption, the consumerisation of IT and the rise of new innovative players, a big shift has occurred in the fundamental perception of the role of IT – and by extension the CIO – with regard to the role the CIO plays in setting and realising business strategy. CIOs are being recognised for the intrinsic business value they can bring, and executives are calling on them to be leaders of organisational change.

IT leaders who have embraced this change have evolved to become business strategists, or ‘future-state’, CIOs. These CIOs have transcended the realm of technology; they have an external customer focus, strong market knowledge and are commercially oriented. Technical expertise still plays a significant role, but other softer skills associated with business management have risen in prominence. According to recruitment firm Hays’ DNA of a CIO report released last year, skills such as people management (52%), stakeholder engagement (43%), commercial acumen (26%), communication (also 26%) and innovation (21%) are all considered more important than technical knowledge (16%) by today’s IT leader.

By broadening their skill sets in this way, CIOs are inadvertently laying the groundwork for a career in business leadership. Speaking on this topic, CIO of Virgin Active, Andy Caddy, told Computing UK, “The [CIO] role demands both technical and soft skills to support the board – of which they are often a part – to better engage with customers and transform operations. As we see the move to the new digital CIO, the good ones should see the opportunity of being more business focused and in fact being one of the few influencers of change across the entire company. In this new world, CIOs should have better opportunity to move around senior positions and even into the CEO’s seat in some situations”.

Picking up skills is one way CIOs can prepare themselves to be a CEO, but there’s more to it than that. Inevitably, there are certain things that CEOs have to do in their roles that CIOs don't, and therefore aren't well-equipped for. CIOs are not used to being the external face of a company, for instance, or having to create the culture of the organisation. Of most importance, however, is building rapport with and earning the respect of company leaders. Before they can be entrusted with bigger responsibilities, CIOs must lead the business to the point of gaining trust from the board. CIOs could take charge of a business function or take the opportunity to drive their organisations’ digital transformation projects, both of which can be used as a platform to showcase their unique blend of business and technology acumen. As Alan Mumby of executive search firm Ogden Bernstein stated in the same Computing UK article, “The more the world relies on systems that are deployed by CIOs, particularly replacing business processes with digital solutions, and interacting directly with the customer, the more influential CIOs will be and therefore the more likely they are to earn the respect of their peers”.

As digital transformation becomes the focus of many organisations, the central role of IT – and the CIO – in modern business practices will only increase. Particularly in those organisations that have become digitalised, there’s an opportunity for someone with a tech background to be CEO, but time will play a big part in CIOs being considered as worthy candidates for the top job.

The future of many industries seems inextricably linked to harnessing emerging technologies and disrupting all – or at least part – of the existing business, and the number of CIOs moving into business leadership positions is likely to grow as the importance of IT and digitalisation increases. They must first prove themselves in their IT roles however, and this means using their technical and business expertise to help their organisations retain customers and maintain a competitive edge, whether that’s through leading digital transformation or owning a business function. Times have changed, and in this digital world, there’s no reason why CIOs shouldn’t rise to the challenge and aim for CEO positions in their organisations.

For advice on how you can lead change in your organisation, download our complimentary how-to guide to CIO leadership: ‘Aligning IT and Business: A practical guide for leading change in a service defined world’.